Are you making a difference? 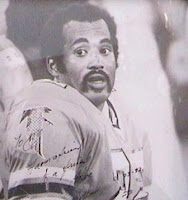 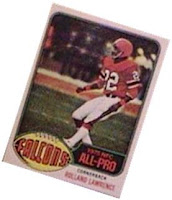 Who remembers a star football player thirty years after his game?  Do you remember Rolland Lawrence?  I didn't, until I met him.  Mr. Bay, as he is called affectionately by the kids at VisionQuest Big Lodge Camp, was a 1975 NFC ALL-PRO for the Atlanta Falcons.  Rolland was NFC's 2nd leading interceptor in 1975.  A deadly tackler, he gained over 4,000 yards at Tabor.

But this is not about a retired football player.  I want to tell you about an extraordinary human being.

One day recently I was doing a project with VisionQuest Academies in Pennsylvania.  They were short on Child Care Workers and asked Ed, my partner, and myself to help out.  Since we are cleared for Child Care Work with VisionQuest, we were happy to help.  We were asked to monitor classes as we have done many times.

Walking down the hall to the classroom, I noticed a board on the wall with pictures of all the young men that had achieved graduation while at VisionQuest over the past years.  In the middle was a picture of one teacher.  It was Rolland "Bay" Lawrence.

VisionQuest has thirty years of refined experience helping troubled youth to change the course of their lives.  The program succeeds by implementing things such as; extraordinary experiences, equine programs, outward bound programs, wagon train and the native fabric.  With all that VisionQuest offers, it would not be nearly as successful without a highly skilled and professional staff.

As I walked into the history classroom I was greeted by the youth in a friendly enough manner.   Some were acting out a little but no more than one might expect.  I took my place by the door to keep the class in and other youth out while waiting for the teacher.  He was detained and it would be five minutes before he entered. 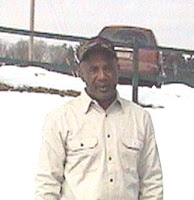 Mr. Bay entered the room.  Everyone sat down and the class of fifteen youth was quiet.

"Good morning young men."  Mr. Bay started in a strong enthusiastic voice.  "We are continuing on Black History and we have a lot to cover.  There will be a test on Friday so you need to pay close attention."

I listened with intense interest to every word.  As he described Malcolm-X, I could almost see him in prison reading the Muslim Teachings.  I could remember the city of Buffalo, where I lived, burning in the riots of the late 60’s while Mr. Bay described the Watts Riot in San Francisco.

"Mr. Jim.   Where were you when Martin Luther King was killed?"

"In the Navy sir.  On destroyer duty in the Atlantic."

"Everyone knows where they were when Martin Luther King was assassinated", he went on.  He had the attention of every youth.  Many kids who had not been able to sit still for five minutes in their lives were sitting there completely entranced by this teacher.

At the end of the class he hollered to the youth as they were leaving the room.  "Don't forget basketball practice tonight.  I want all of you there and we WILL be a winning team."

Mr. Bay is not just an extraordinary athlete.  This man has dedicated his life; past, present and ongoing to helping youth of all generations.  In our travels we meet some fantastic people.  Mr. Bay stands tall among my heroes because of what he is and the way he helps to enrich the lives of others around him.  That men like Mr. Bay dedicate themselves to helping troubled youth leaves a glimmer of hope for the future of all of us.

Thank you Mr. Bay, for teaching me!

To read more about Noodin click on this link ~ http://www.northeastcultural.com/white_mocs_on_the_red_road.html