COMMUNITY ~ ABOUT THE PEOPLE!

Wisdom of the Wind


Telling Stories rather than Reading Stories
Excerpts of interview with Hannah Thomas of HeartRising.com 2012


When telling stories that have happened to me, I am speaking of the stories from the experience as spirit gave it to me. When telling the stories of the people, the Native stories, stories about the seven grandfathers that creator put on this earth to watch over us and try to help us to understand and follow guidance, or the four chiefs that brought us the medicines to help to heal the people and other stories that I tell. I tell them as I heard them at the fire. What that means is when I go to ceremonies or I visit communities of the Native people that are still in this country practicing their traditional beliefs, I listen to the old story tellers as they tell the stories. 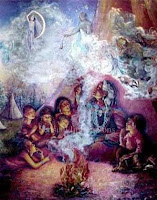 The stories that I tell are those stories, the ones that I have heard and very often, when I am telling them, people will say; You don’t sound like yourself. Your voice changes and sometimes even your accent. If I am telling a story I heard from a Canadian Elder, sometimes I start saying, aye, a lot. I visualize in my mind what I heard and who was telling me the story and I try to tell it the way they tell it. So I don’t tell stories that I have read in the books. I could pick up a book about the Ojibwa by Basil Johnson or some other writer of the Ojibwa and I could find story after story after story and I could tell those stories but they don’t have the same depth of meaning for me because they are not stories I heard. They are not stories where an Elder was trying to help someone to understand how to have a better life.

That is a big part of what the culture is about. Everything in Native culture is about helping the people, helping community.  All of the teachings are to take care of yourself so that you have of yourself to give to others.  Everything is based on four factors that have allowed that culture to survive and to thrive for thousands of years. In my mind, they are not unlike values that would have been of our Celtic heritage or of the values that would have been of the African heritage or of the Asian heritage.

Those values, one is ceremony. Ceremony, not for Spirit but ceremony for the people. 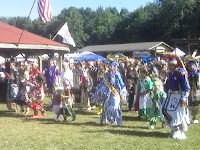 I met a little girl once who came up to me and she asked; What is ceremony? I looked at her and asked her if she brushed her teeth. She looked back at me kind of funny and answered that she did brush her teeth. I asked her if she did that every day and she answered that she did. I asked her if she held her tooth brush in her right hand or her left hand. She answered that she held her toothbrush in her right hand because she was right handed. I asked her what would happen if she didn’t brush her teeth every day. She answered that her teeth would rot. That’s ceremony! If you don’t do it every day your teeth will rot. We do ceremony to remind ourselves to be respectful to the creator and to the creation. It’s for us that we do the ceremony. I believe the spirits smile when they see us do it because they know that we are doing it to honor them but were really doing it to remind ourselves so that our teeth don’t rot. That’s the first thing of native culture that is critical is ceremony.

The next thing is prayer. Prayer is everything. It’s walking across the street to get from one side to the other. It is every movement that we make and every thought that we have. Spirit listens to all prayer and in Native teachings we pray in many ways. We meditate, fast, go into lodges, sit in community, talking circles, we dance. There are many ways to prayer. One powerful way is in the music. Most Native music is chanting. A drum or a shaker and chanting from our hearts. Some of it is a memorized chant and other songs are created as we go. It is as if spirit doesn’t really understand language but Spirit understands heart. When Spirit hears us singing or reaching out in prayer, Spirit doesn’t necessarily hear the words but Spirit looks into our heart to see what we are looking for, to see what we really need. That’s why, when our prayers are answered they don’t always come out the way we were thinking they were going to be. They come out the way Spirit read our heart to need them to come out to be. So, the prayer is done in chant or in voice in different ways but it is all a part of it.

The forth value is community. It is taking care of community. I know I skipped the third, I am coming back to that. The community is everything and you take care of the community. They do that through clans.

We all belong to clans. In my Celtic, well, in your name Thomas you have a clan. In my name Beard it comes from Bard and that is an ancient clan. The Bards’ were story tellers so I guess I am in the right business today. They also were leaders of their communities and they were somewhat protected when they traveled because people depended on them to carry the news from one community to another. So I look back through that and say, okay, of my Celtic heritage I am of the Bard clan.

Of my native heritage, I am adopted into the Loon clan. Ironically, the Loon clan has the same identification in the Ojibwa Nation as the Bard clan amongst the Celts. Must be a coincidence.

The community is everything but the community has to start from the family and then grow itself up. Each of the clans have a responsibility to the community to take care of certain tasks for the overall good.

Then you have the art of gifting. That is the number three that I skipped. Gifting is everything to the culture. It is so important to the culture that in the eighteen nineties the US government outlawed gifting in ceremony by Native American people. They also outlawed ceremony. One of the reasons they outlawed gifting is that they realized it was the cohesion; it was the glue that held everything together. 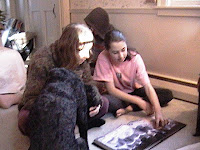 If I am sitting with you and you look at something I have amongst my sacred items and you say that you really like that thing and that it calls to you. It would not be unnatural for me to reach down and take that item and put it in your hand and say this is yours. It’s time for it to travel. Just as my teacher took the feather that was over thirty years in his bonnet and put it in my hand and said it was time for it to travel. That’s gifting. Gifting between the people is done almost every time they meet. You come to a home and they will first make sure that you have food and that you are comfortable. Then, before you leave, they will offer you something from their home for you to take with you. It becomes a part of them that will become a part of you and creates a sharing between you and that person of one another. That creates that bonding that holds people together.

Those four things are so critical to the culture and yet we don’t do any of those things today. We are so busy finding a difference between one another. Your eyes are blue, mine are brown. Were different, your hair is blond and mine is, heh, pure white but once was brown. So were different. But the realty is that we are one. We are connected. That I am you and you are me. We are all of one being throughout the universe and we need to respect all things in that manner.


Excerpt from: Wisdom of the Wind – interview by Hannah Thomas ~ HeartRising

To read more about Noodin click on this link : James Beard aka Noodin