Passing down teachings in the Oral Tradition

Workshops are designed to present a value system as it has been adhered to over millennia by peoples of the American Continent. The purpose being to demonstrate an ethical culture that lives in harmony with all things. The values of these people demonstrate principles that can improve the balance of a society. 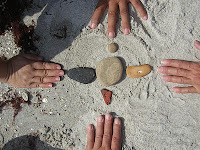 The work shop includes a slide presentation to show the history, make up, purpose and teachings within the medicine wheel. Learn how to make a medicine wheel and have a working outline of how it works. The presenter structures the program to the group that is present. The workshop can be introductory or in depth depending on the audience, amount of time and purpose of the presentation.

Animal Talk – Understanding nature and what it can tell you


The animal kingdom has much to teach at many levels. Animals do things for a reason in the wild and they offer many messages. Their language can tell you the condition of our land, the dangers that are present or be a sign to the heart for new direction. The program is a demonstration of interpreting animal behavior on a physical, mental, emotional and spiritual level. Animal talk encourages the use of self identification with animals to build personal values and self esteem. 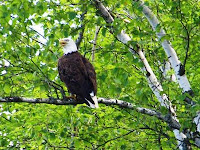 The work shop includes a slide presentation of various animals and the teachings understood of each animal. Workshop objectives and activities include an understanding of the lessons animals offer to mankind and knowledge of how they teach us. The workshop can be introductory or in depth depending on the audience, amount of time and purpose of the presentation.

Information about programs offered can be found at this link:         http://www.northeastcultural.com/Services%20Programs%20Workshops%202010.html

Posted by James B. Beard aka Noodin at 8:47 AM No comments: 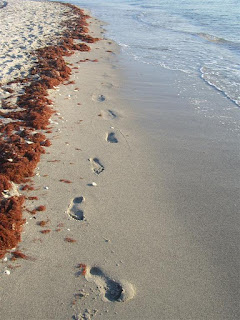 On a warm sunny summer day back in 1954, as I recall. I was about nine years old and was very bored that day. There was no one around to play with and my mom and dad were busy so I decided to go for a walk. There was a place about two miles away from my home that was owned by the Catholic Church. They ran a home there to care for people who were invalids. Maybe the people there were veterans from World War II or something. I really never did know for sure what they did there. It was a property where you just weren’t supposed to go. The place was a big old estate, thirty or forty acres of land, and was surrounded by a large forested area. At the back of the estate was a small cottage where one of the nuns lived with her dog. The dog was a beautiful golden retriever who we called Rex because we really didn't know his name. I thought by walking down to the cottage maybe I would find Rex and play with him. Rex always liked to join my friends and I and wander around the fields when we were playing.

When I got near the estate I crossed a field and worked my
way up the dirt road along the back of the property looking for Rex. I remember being very quite so no one would discover that I was on the property. The dog was nowhere to be found so I figured he must be out wandering himself. I continued on my way up along a field near some bushes where my friend Philip and I had built a Fort. The bushes folded over like umbrellas making tunnels through the brush and we had cleared the spaces in the tunnels and made it into our little private Fort. I crawled in and started going to the different areas. I would sit in one place and then another just looking and listening. I remember it being very quiet so that any noise that was made was very distinct. If a bird moved on a branch you could hear it. At one point I looked on the ground and saw a stick lying there that I did not remember having been there before. We had cleared the ground completely in our fort just a few days before and I wondered how that stick got there. I picked it up and looked at it. It was a very straight stick about five feet long. It was only about three-quarters of an inch thick but when I tried to break it, it would not break. First, I took hold of each end and tried to bend it. It would bend a little bit but it would not break. I was surprised at the strength of the stick. I held the stick at either end and put it to my knee and pulled back and still I could only bend it a little and it would not break. This was an unusual stick if I could not break it. I noticed that the stick had not been broken off from its original tree very long because the bark was still green. After awhile I left the little Fort and started to walk back home. I took the stick with me.

In the garage of my house I used a saw and cut the stick so that it was about four feet in length. That made a good length for a walking stick. I went out to the tree house in the back of my yard, climbed up, sat down and looked at my stick. This was my new walking stick. I took out my pocketknife and began to clean off some of the bark. First I peeled off the bark at the top of the stick so that it would have a clean handle to hold in my hand. Then I cleaned the bark off about 2 inches of the bottom of the stick so the bark would not look scruffy at the bottom. Then I found that because the bark was green, it peeled off easily when I cut into it. I began to cut designs into the bark. Sometimes I would cut crosses, sometimes a circle, serpentine like designs and diamond shapes. I cut designs all up and down that stick. When I was all done it looked really neat to me. I put the stick down in my room that night and it remained there for a month or so. When I looked at it again it'd dried and it still looked nice but not as fresh as when I had found it. I decided it needed something to protect it or the bark would eventually peel off and would not look so pretty. I took my new walking stick down to the garage and found some shellac my father had and painted that stick. Then I put the stick back in my room and went on with my life.

You know sometimes when you think back and remember some of the things you had as a child and you wonder what happened to them. What happened to my toy cars? Where did that blanket I liked go? I wonder where that stuffed bear went. What happened to the old lamp that was on my chest of drawers? Well for some reason that didn't happen with the walking stick. Over the years, wherever I went, I always took the stick with me. It wasn't that it was anything special, just that it was pretty and reminded me of that day in the little Fort in the bushes. Maybe the stick was a little special. For some reason that day, the day I found that stick. That was a special day. I did not know it then, but that day was a calm day in my life. It was a day when I was by myself and accepting of a gentle summer day with nature as my companion. Birds moving in the bushes, a snake crawling through the grass, a breeze rustling the leaves and an awareness of life all around me. My mind was quiet that day and my heart was listening.

When I found that stick I counted the rings on the end and there were nine. The stick was nine years old. I still have the stick!

Author: James B Beard aka Noodin

Posted by James B. Beard aka Noodin at 12:21 PM No comments:


First Nation People - Speak Up for All against domination

Posted by James B. Beard aka Noodin at 4:35 PM No comments:


~ is a multifacited web site ~

Northeast American Cultural Resource is a information board to provide insight of cultural values and personal ethics to aid people in finding ways to enrich their lives and the lives of others. The intent is to encourage awareness of Native American teachings and Native American people. It is a pathway to give those seeking knowledge of their heritage a place to begin. The hope is that all people will understand and respect Creator as well as the Native American people with their rich culture.

A variety of programs tailored to open new ways of understanding while gaining knowledge shared by the Elders of Aboriginal decent. Offered to enhance personal and community values.

News ~ About programs and people

To make available to all people an understanding of Native American people living in a traditional way. Our efforts are intended to share all understandings of spirit to help people achieve balance in life.

Jim is the coordinator and founder of Northeast American Cultural Resource. He welcomes you to join with him in a pursuit of balance and centering and is an advocate of traditional lliving and natural spirit teachings. His page includes links to biographical information and online social media activly utilized by Jim to connect with others. 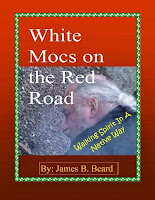 James Beard Books
As an author Jim writes on subjects to do with social, economic, political, and environmental values. His first book is a true story of walking with his Elder Larry Matrious of the Ojibwe Native American Nation.

To Native American Aboriginal People there is no one way to honor the creator and the creation. The Elder will often say "all of Spirit understanding is true". This section offeres links for information pertaining to many diferent beliefs around the world.

Northest American Cultural Resource is not incorporated and funds are raised specifically for the purpose of offsetting costs associated with programming. Our programs are given freely in order to carry the traditions of Native peoples forward.  Donations are gratefully accepted and considered private donations.


“To be centered is to stand alone together” Noodin
Posted by James B. Beard aka Noodin at 11:11 AM No comments:

Understand all that is of those things that you use.  Truth is the completeness of understanding of what is.  Be true to yourself and true to your fellow man. Always speak the truth.

Posted by James B. Beard aka Noodin at 12:11 PM No comments:

People are seldom what we want them to be

we want them to be what they are.

To Speak Without A Tongue 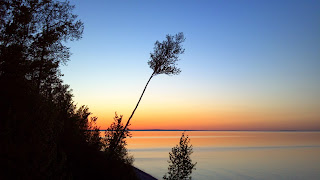 To Speak Without A Tongue
by: Peter Schuler
Ojibwe Elder - Mississauga First Nation

Our tongues crossed theirs
So that they could travel our lands and see what we saw.
Little knowing;
That they saw things so much different than we.
Then; slowly, surely they cut out our tongue
And replaced with theirs.

Posted by James B. Beard aka Noodin at 10:26 PM No comments: