Sometimes we forget that gifting is a daily practice


The Art of Gifting !


Some think we learned it from Native Americans ~ then again ~ maybe it is the American way. 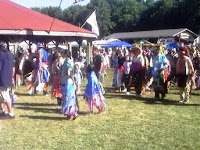 Native American gifting is a practice that goes back through the very thread of the culture. It is the cohesiveness of the people. When a gathering happens it is an accepted practice that the host will put out a blanket in the center of the gathering, called a giveaway, miigiwe, and put various items on the blanket. Each guest from eldest to the youngest will in turn go to the blanket and take one item of their liking. This will continue until there is nothing left on the blanket. Sometimes the blanket itself will also go as a part of the gifts offered. Some people have been known to give everything they have because they feel so honored by the people who visit them.

Ongoing gifting is a normal part of this practice. It is a custom to gift anyone that comes to visit. Often the host will gift something of significance, to his guests. Always food will be offered as well, that no one will be hungry. 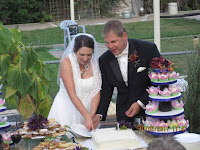 When something is done to help the people it is a gift of spirit. At a wedding the people come to witness the wedding. Gifting to the groom and the bride comes generally from within the family. The bride, groom and their families will have a giveaway at the end of the ceremony. The people attending will often gift to the newlyweds at some point during the following year to see that the needs of the new couple are meant. Gift the people that honor us rather than expecting gifts from them.


In our culture we use the term donation for giving. To the Native American that term means having pity on. Giving to the less fortunate. They do not see themselves as less than others. 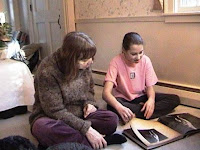 Gifting is giving of yourself in return for a kindness that has been given to you. The kindness may be a material thing, a teaching, a healing or just a friendship and bonding between people. The importance of gifting is in the honoring of one another. It is not payment for something rather recognition of having respect of one another.


In this society it is difficult for indigenous people to offer the love of spirit through their teachings. In the past they would have been honored in return through the gifting of a blanket or trade item or something of need to them and of value. What was given was always acknowledged in some way.

Today our society says put a dollar amount on the item and we will pay you. This is contrary to the teachings of native culture.


To read more about Noodin click on this link ~ http://www.northeastcultural.com/WhiteMocsontheRedRoad.htm 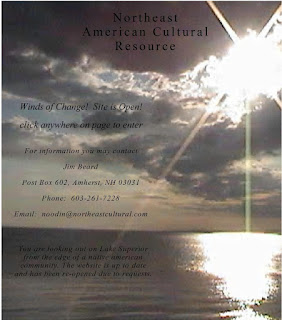 
Please explore the new website, let us know what you think and send us your comments.


We invite you to forward this email to those you think may be interested.